Level Effect: Training the Next Generation of Cybersecurity Experts 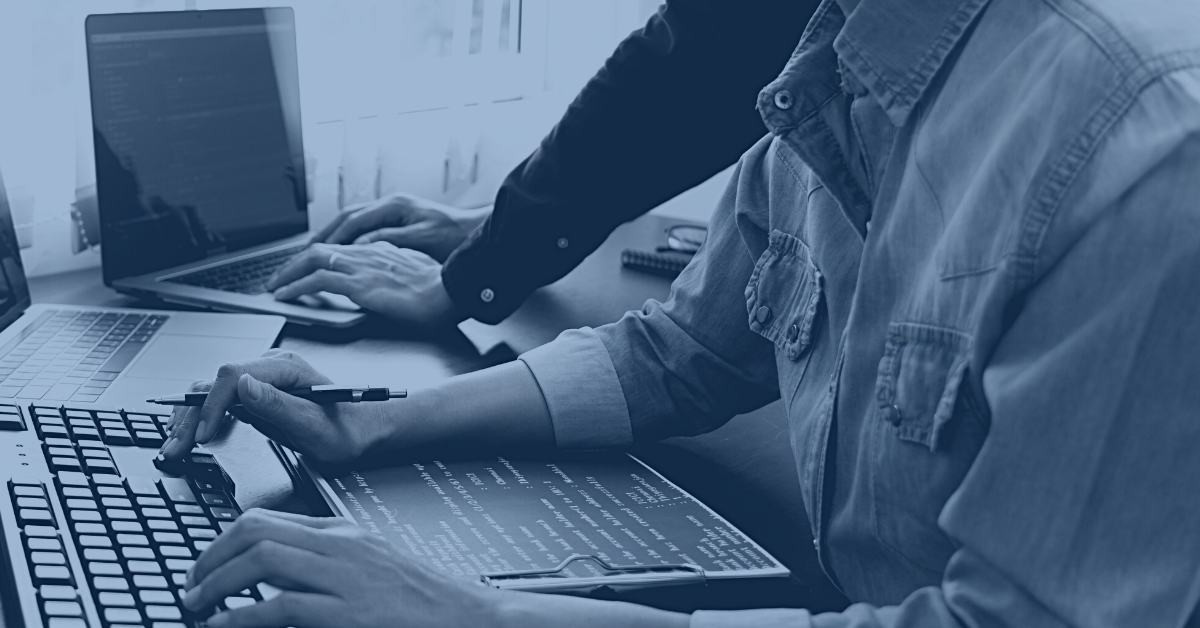 According to intelligence firm Risk Based Security, data breaches in 2020 led to the exposure of 36 billion records—and that’s for the first semester alone.

Indeed, cyberspace has seen an alarming rise in cybercrimes, most of which resulted in one goal: to expose, steal, and sell personal and private information.

Iconic pop artist Andry Warhol once said, “In the future, everyone will be world-famous for 15 minutes.” As we continue to move forward in the digital age, some would say that the artist’s prediction has come true. With the steady rise of cybercrimes, others believe the inverse: in the digital age, everyone will only remain anonymous for 15 minutes.

The persistent problem of cyber insecurity has propelled the demand for competent cyber security experts to even greater heights. The problem is that despite such hunger, the industry is facing a severe talent drought. “An estimated 3.5 million cybersecurity jobs will be available but unfilled by 2021,” the New York Times reported. So, why the skills gap?

Numerous reasons stand behind the talent crunch, but there’s one that sticks out—that is, security firms tend to cast a narrow hiring net so that candidates with traditional credentials get more visibility. The problem is that traditional cybersecurity education tends to miss the mark in relevance and rigor. While students may hold a degree, they don’t necessarily hold the skills needed to thrive in the field.

To truly learn cybersecurity, students need constant and active hands-on training and not standardized lectures and exams. As former US Air Force Intelligence analyst Greg Ake said, “They need realistic job-ready and hands-on experience.” A veteran in the US intelligence community, Greg is no stranger to the needs of the cybersecurity industry. So in 2017, he partnered with fellow Department of Defense (DoD) security analyst Rob Noeth to found Level Effect.

Level Effect: What Can It Offer?

Having proved their ability to develop relevant cybersecurity tools, Greg and Rob then shifted their focus toward developing competitive cybersecurity talent. “There’s a high demand for cyber talent and by training as many as we can—from a macroeconomic scale—we wanted to create a leveling effect on that demand,” said Greg.

In a mere 13 weeks, Level Effect promises to transform non-initiated students into fully operational cyber defense analysts. The immersive program demands at least 20 hours of hard study per week, including the two-hour live online classes held every night from Monday through Thursday.

On the surface, the program resembles the numerous cybersecurity programs already in existence. On closer inspection, however, it boasts training of a higher caliber.

Level Effect’s first note of distinction lies in its curriculum. The CDA curriculum covers the core concepts of cybersecurity, including networking, computer forensics, and threat hunting. This entails more than 100 hours of live online instruction and a steady stream of challenging lab exercises that force students to see things from the eyes of a cybersecurity analyst.

“We introduce the students to a fictitious company,” said Greg. “The narrative is that the company works for the US government and is being attacked by foreign nations who have an interest in the data that it has.

“So, throughout the course, we’re training the students to conduct investigations and solve problems while always under that narrative of working for a company in a real business environment.”

And that's not all.

In keeping with its promise of producing job-ready analysts, Level Effect’s CDA program focuses on the Windows network and domain. This paints a stark contrast from most cybersecurity programs that train students solely in Linux and hacking techniques.

“We have our students doing malware reverse engineering, malware analysis, and Windows system forensics. We also have a whole module on adversary tactics where they are compromising Windows machines, attacking the domain controller, and stealing credentials,” said Greg.

“We ensure our students can configure, harden, defend, and analyze Windows networks because that is what the job is about in the workplace. Nearly every bootcamp out there uses Kali Linux," he said. “The fact of the matter is that the majority of security professionals, especially defensive analysts, typically don’t use Linux in their daily roles.

“We use the architecture that they will actually have to work with.” Put simply, the experience that Level Effect students get is not just hands-on—it’s realistic, too.

To drive this realistic experience, Level Effect leverages best practices from military-style training and scenarios to augment the learning experience. There are two points worth mentioning when talking about Level Effect’s teachers.

First, unlike the traditional classroom and most coding bootcamps, four instructors run the Level Effect classroom. “We ensure a high instructor-to-student ratio by doubling down on the number of instructors in each class,” said Greg.

“This allows one instructor to teach the scheduled topic while the others assist students, ask questions, and add to the discussion or lab content in class. We provide multiple perspectives to the same problem at all times so students get a better grasp on how it works in practice.”

Second, students receive training from Level Effect founders Greg and Rob themselves. They are also joined by Level Effect COO Anthony Bendas, who helped to create the curriculum, and one other instructor, Will Nissler, who graduated from the program.

Put another way, all of Level Effect’s instructors carry significant experiences in real-world offensive and defensive cybersecurity that you just don’t get in other places. And this is why the school has a reputation for providing militaristic training.

“So if we see a student doing well, we reach out to them and say, ‘Hey, we have an extra challenge just for you.’ We don’t just let them get by. If they have potential, we’re going to push that,” Greg said.

The same practice holds true for those who struggle. Because of the level of attention that the instructors impart, no Level Effect student gets left behind. “We make a lot of effort to meet people where they’re at and maximize their potential while they’re with us.”

To this, Greg added: “The perception of a program’s difficulty shouldn’t be based on a student’s lack of initial understanding. The program should be hard because it is demanding, and that’s what we do. We demand the best from them and we push them to meet the challenges thrown at them.”

To test their mastery, students work through a capstone project that encompasses the core skills taught throughout the program. The capstone involves six real-world security operations scenarios commonly encountered in the business world.

“The project lasts for one week and they’ll need to commit 30 to 40 hours to complete it. It requires real tradecraft, real analysis, and real reporting,” said Greg. The contextual reports must be comprehensive and cover the students’ findings, evidence, and recommendations to remediate the identified threats.

In short, you cannot earn Level Effect’s Cyber Defense Certified Professional Certification by being a bookworm—and therein lies the real career differentiator. At Level Effect, you’ll have to do the job to pass the course. Once you pass the course, then you can do the job.

To land that job, Level Effect pairs its technical training program with job placement assistance. Students learn how to write their resumes, build their social media profiles, and expand their networks. The instructors hold live online classes where they conduct mock technical interviews and resume reviews with the students.

So if we add up all these elements, how much of an investment would students need to make? Level Effect arguably offers one of the most affordable tuition costs among today’s cyber bootcamps.

Level Effect: Is It Worth It?

To answer this question, we thought it better to defer to Level Effect’s former and current students themselves.

“Level Effect’s Cyber Defense Analyst Bootcamp Program is an incredible course with the most relevant real-world materials I have seen,” said Greg M., a Level Effect graduate. “Having the creators as the teachers provided an amazing layer of depth and nuanced familiarity that is hard to come by in certification programs and formal education.

“The virtual ecosystem they have created, combined with the depth of content and style of delivery makes this the best course I have taken…[These] will put the student at a distinct advantage in technical interviews and substantially lower the barrier to entry across the cyber realm,” he concluded.

A current student, Bobby Polo, likewise sang high praises for the bootcamp’s instructors. “Level Effect instructors literally go above and beyond to teach you the information like a teacher should. You could ask the dumbest question and they will go into the most in-depth explanation about it to make sure that you understand it.

The degree of attention that Level Effect places on its curriculum and instruction is, in part, rooted in Greg’s fear of the bootcamp's being labeled “as another certificate mill.”

“I don’t want the students to have a false sense of security in their knowledge,” said Greg. “If anything, I want them to leave the course thinking ‘I have so much to learn.’ For me, that means that I’ve done my job because I’ve equipped them to understand this field and the depth of it.”

“A cybersecurity career is a career of continuous learning. Cyber is not a battle against malware but a battle against the human ingenuity that created the malware. Adversaries will continue to push boundaries and devise new techniques to evade detection,” said Greg. “It’s our job to continually adapt, learn, and proactively hunt down these threats that seek to undermine security.”

“There might be easier ways to earn six figures, but none as rewarding as this,” he concluded.

Level Effect equips you with a genuine and in-depth understanding of the cybersecurity landscape from the skills you’ll need to break into the industry to the mindset you’ll need to thrive. If that’s the kind of training you’re looking for, check out our CDA Bootcamp to hack your way to a cybersecurity career.